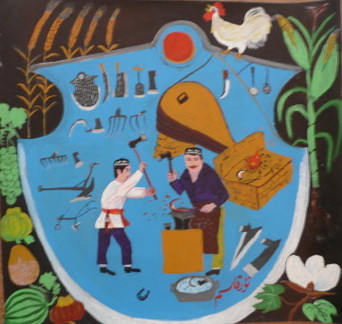 The “Farmer Painting” movement began in the 1970’s and has grown to include a large number of artists who paint while working in their rural environment as farmers and herdsmen. The artists come from the Makit, Kucha, and Awat provinces near Kashgar at the farthest end of Xinjiang near the Afghan border. ﻿ Agriculture is predominantly Xinjiang’s economic base.  The group has received national recognition in China and, in 1995, Makit was recognized by the Ministry of Culture 2500 miles away in Beijing as a model district for cultural achievement.

The “Farmer Painters” are Uyghurs, a Muslim people with roots in Central Asia.  They speak a Turkic language as well as Chinese. They are known for their artistic traditions and they have inherited their ancestors’ unpretentious view of the world, which is reflected in their work.

The appeal of these pictures lies in their intimacy with the local people and their homeland. They depict the landscape, their nomadic lifestyle, and cultural traditions including singing and dancing. Some paintings reflect techniques rarely found in traditional Chinese painting such as the use of thick brilliant color and bold expressive brushwork.

The work of the “Farmer Painters” was first exhibited in the United States in 2004 as a part of the traveling exhibition Ancient Threads, Newly Woven – Recent Art From China’s Silk Road. 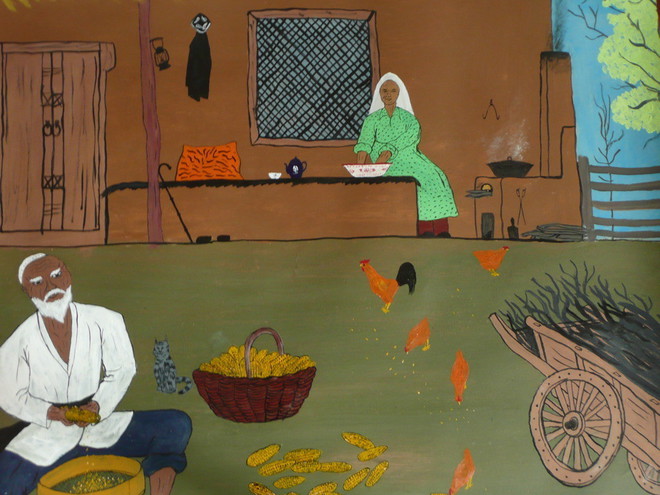 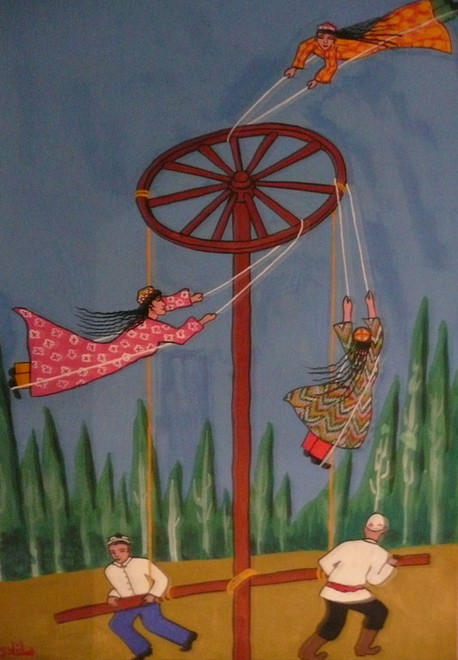 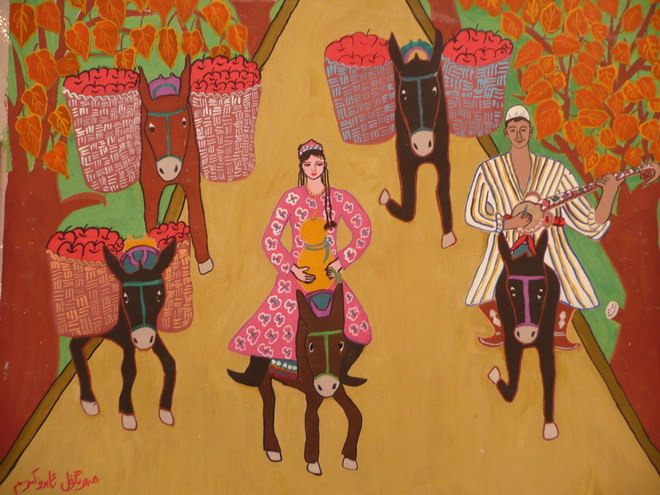 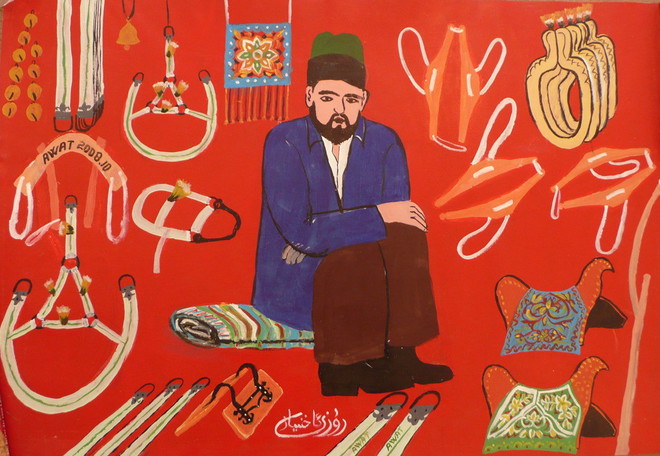 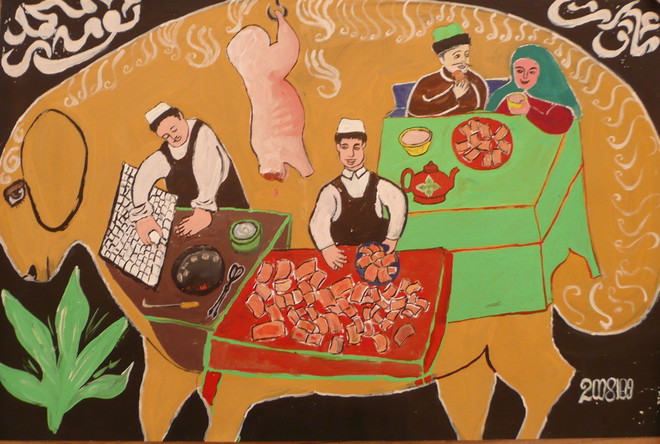 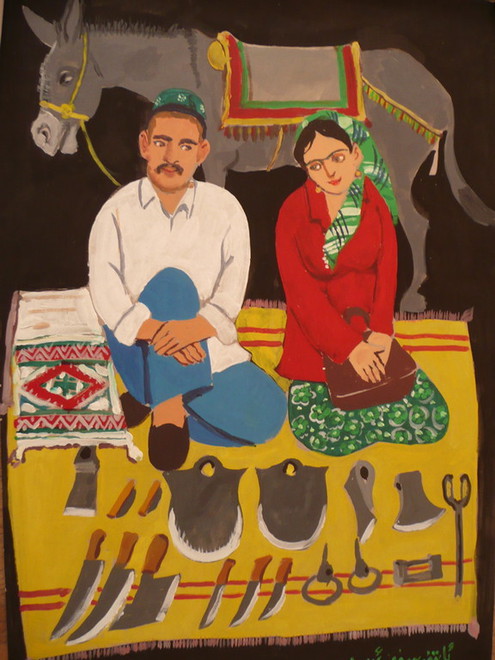 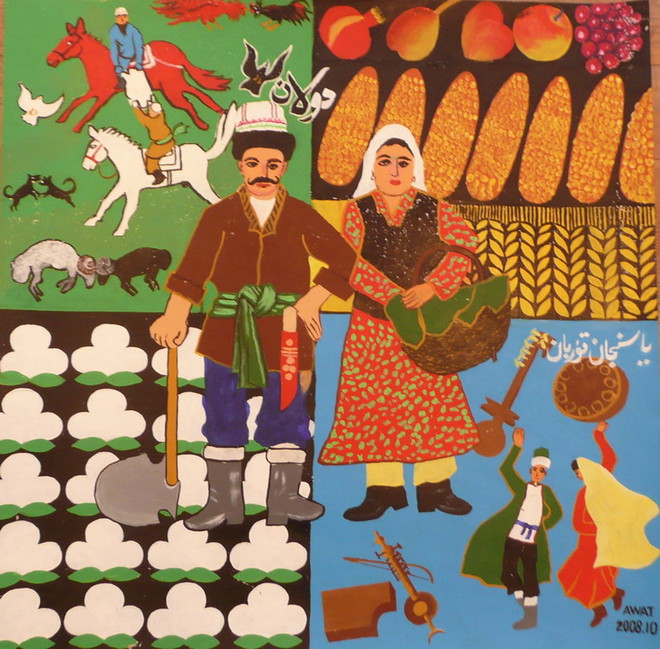 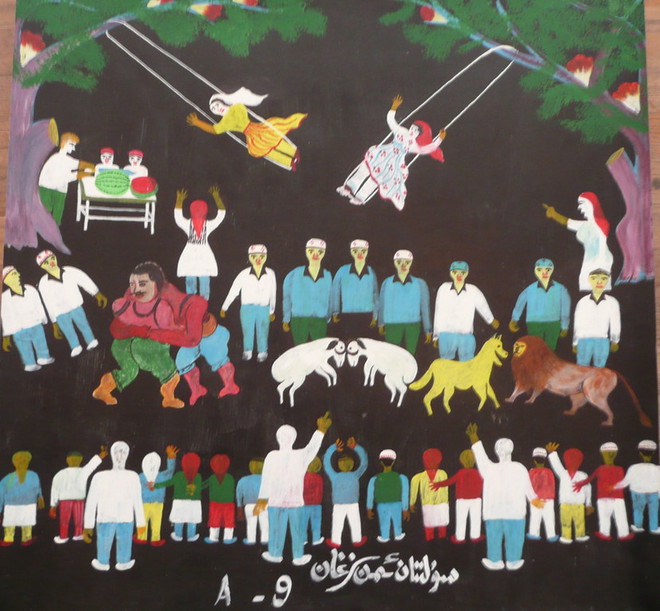 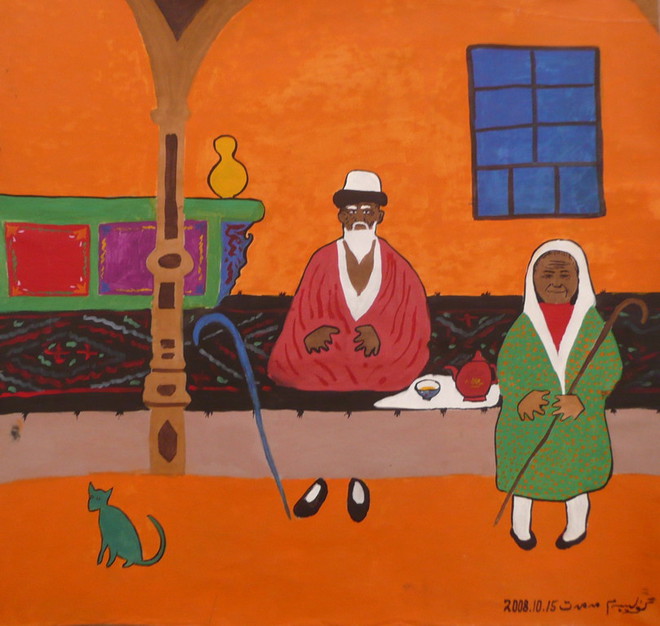 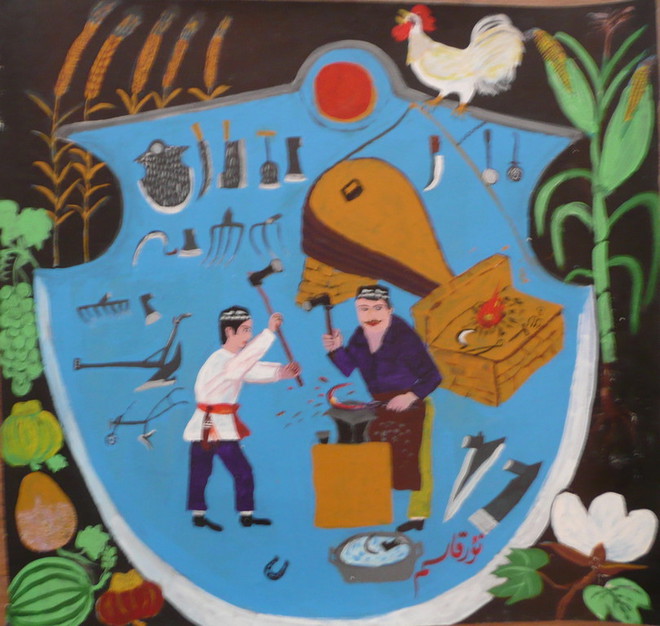 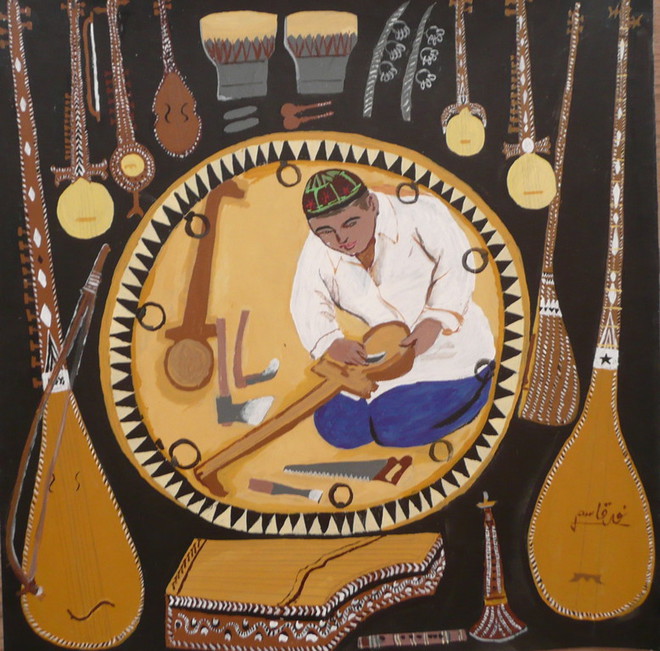 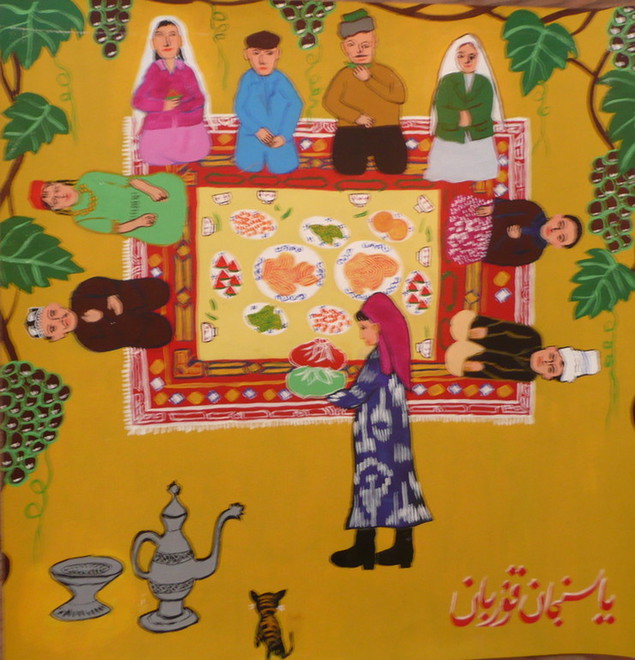 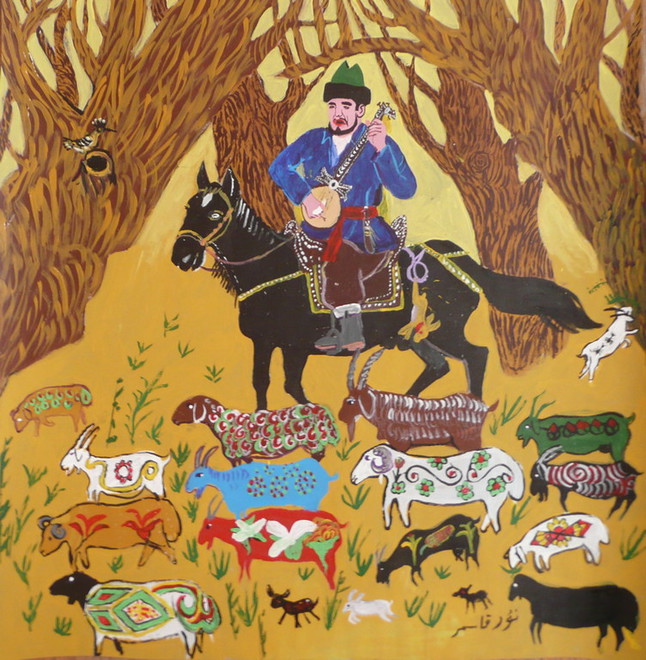 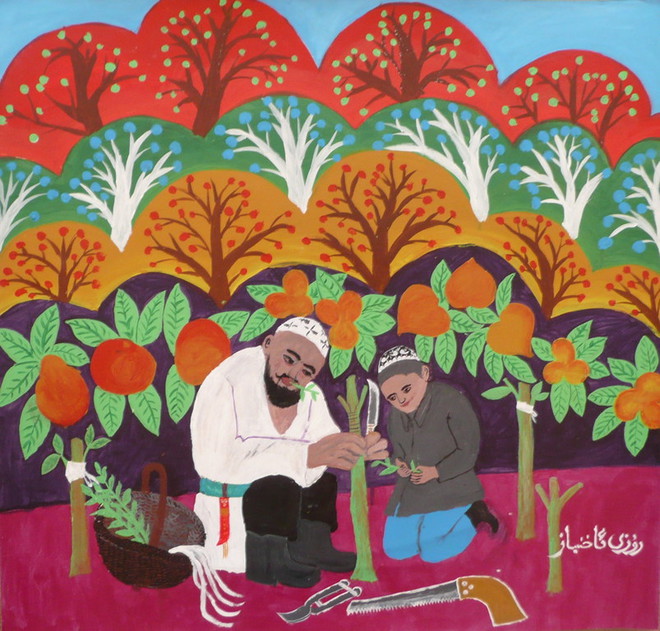 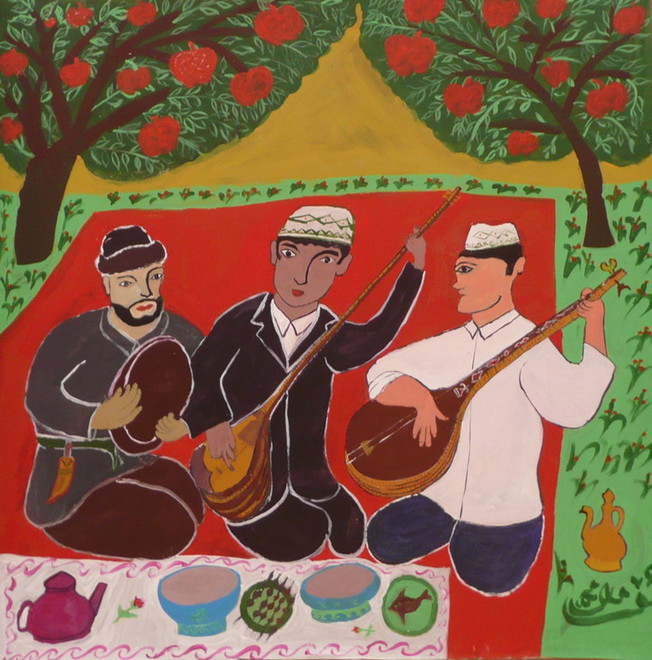 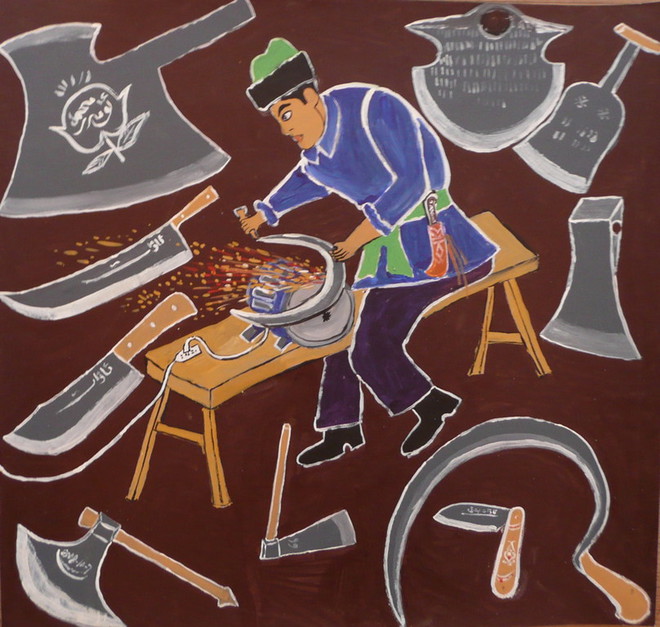 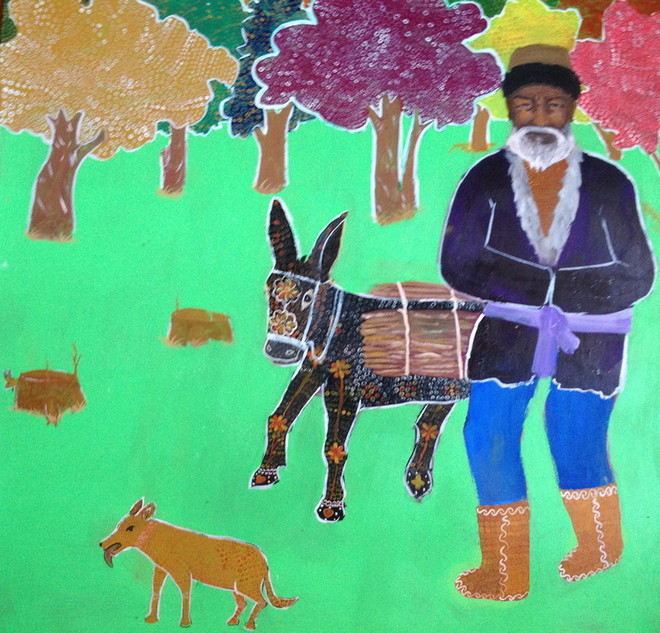 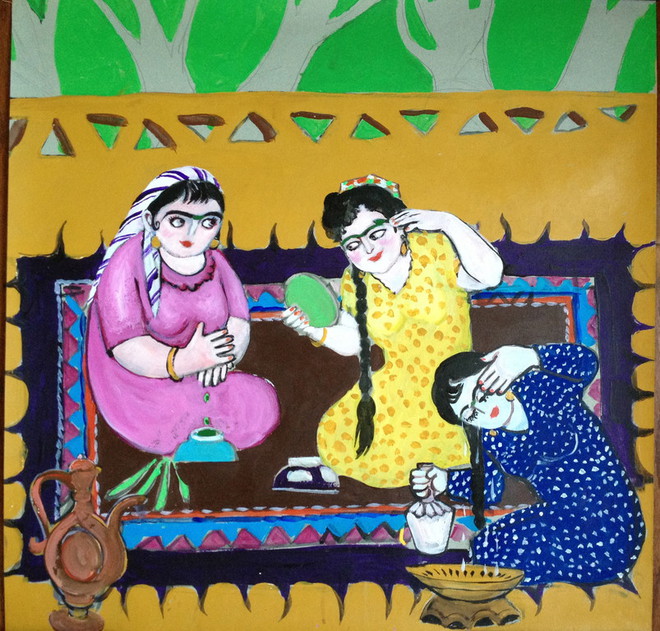 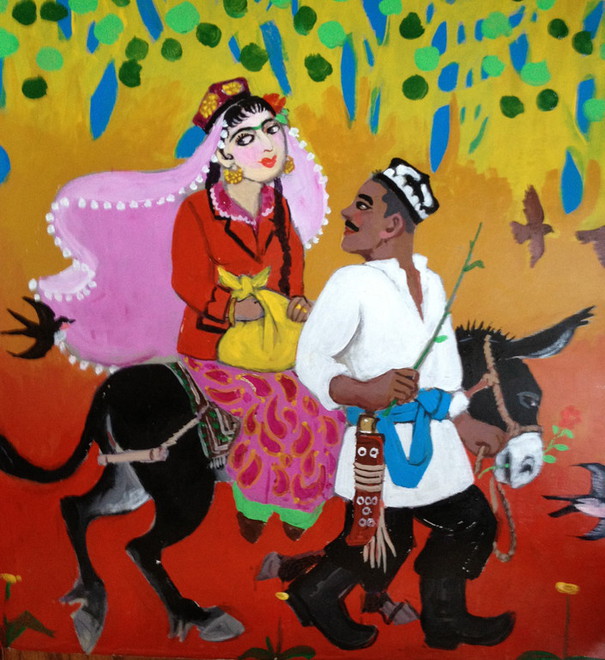 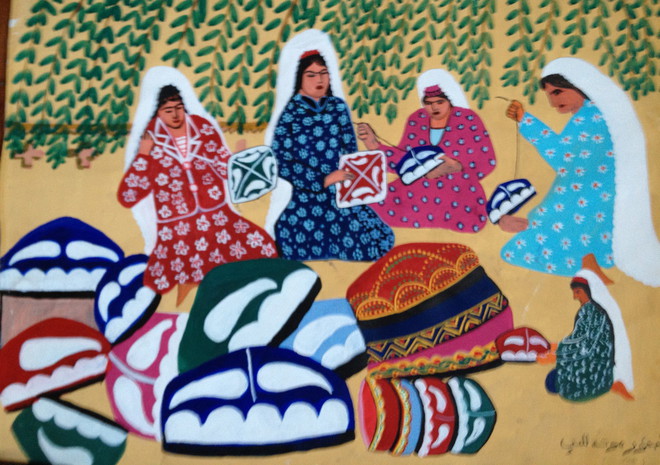 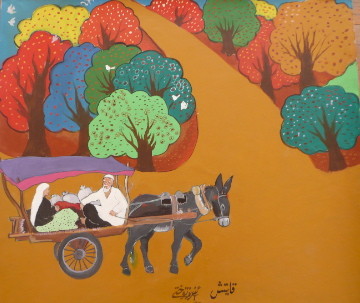 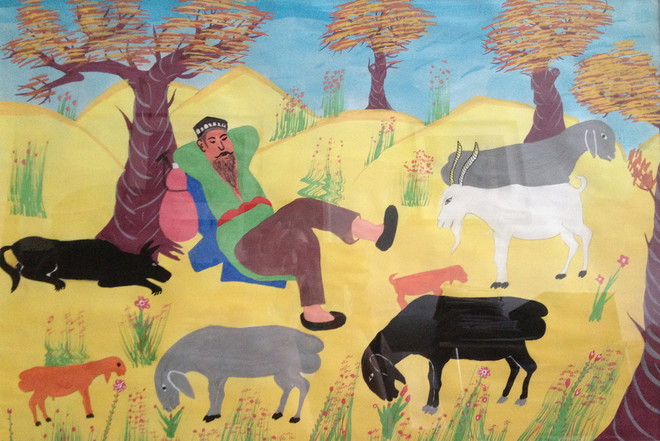 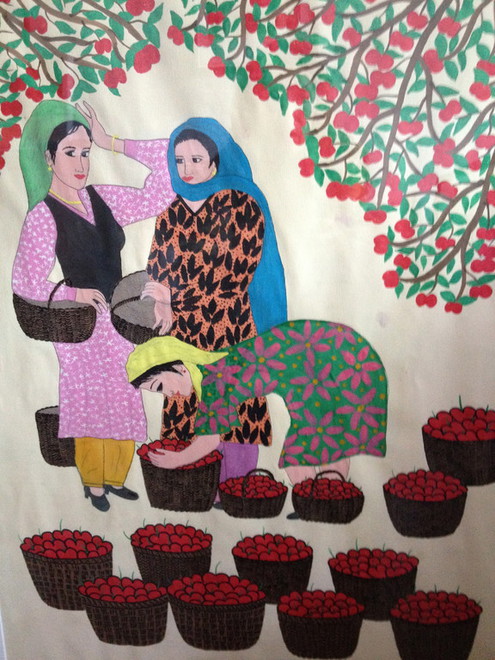 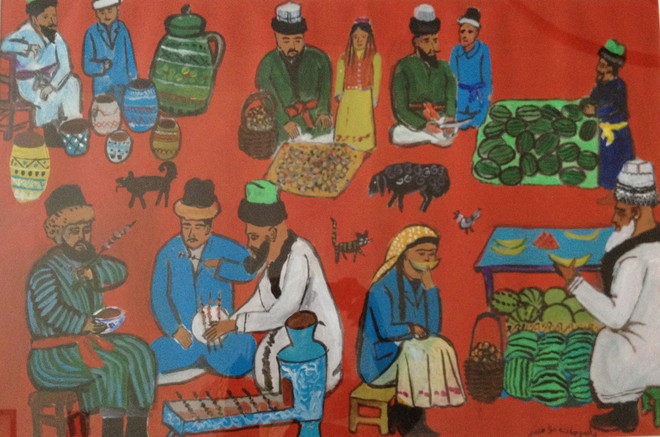 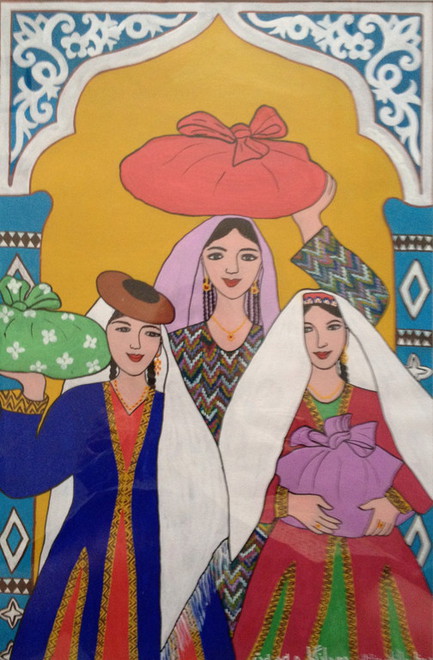 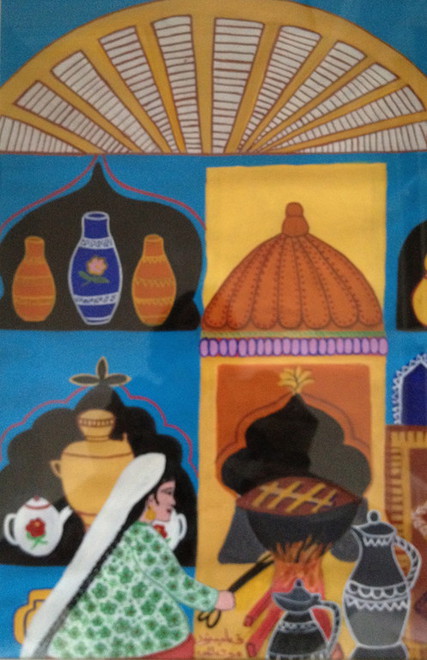 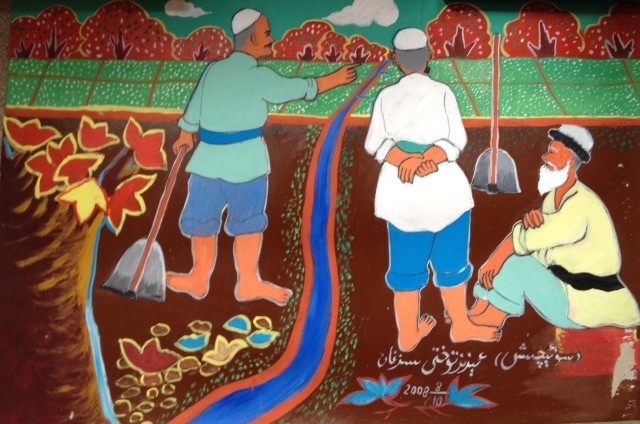